1.5 Develop teaching activities that incorporate differentiated strategies to meet the specific learning needs of students across the full range of abilities.
​4.1 Establish and implement inclusive and positive interactions to engage and support all students in classroom activities.

In order for our middle school teachers to have some common planning time together, I was asked at the start of the year to lead a regular multi class maths games session. Three classes participated in this weekly activity, and these sessions lasted for one hour.

I structured these sessions as a maths games rotation, with four separate maths games tables each lasting for around fifteen minutes. Given that we are an education support school, with three classes of students I had a massive range of mathematic ability, and additionally a large range of individual needs, some of which were challenging.

I believed that for this situation to work effectively I would need to provide two things: differentiation for my students, both in terms of the maths content and considering needs, and a positive class environment, so that all students would come to enjoy this session.

I differentiated for maths understanding by researching a large range of available games, and choosing games for our class that would enable the difficulty and concepts to be scaled, depending on the group present at the table. I found many maths games could either be extended or simplified, and with Education Assistant support, I delivered a range of games that could be delivered at each student’s level of understanding. I also chose games that were appealing in some way, even allowing students to create some of their own games, and then play them.

Some examples of differentiation within these games included:

I differentiated for individual needs by working closely with my EAs, allowing them to support students with greatest need, and keeping myself as a ‘floater’ between the tables, to assist or join in where most needed. I encouraged staff to join the maths games with our students, made adjustments where necessary to the distribution of students at tables and managed behaviour through setting reasonable boundaries and positive encouragement.

My approach to delivering the games significantly improved over time. Initially I asked the students to change tables to the next game once this time was up, however I quickly worked out it was far less disruptive to the class to shift the games instead. I set up a ‘maths games winners!’ display on the whiteboard to spark some competitiveness, and played occasional group games with the entire class for fun and engagement, such as heads and tails. Overall this session was a dynamic and positive lesson in my week from which I think students benefited academically and socially. 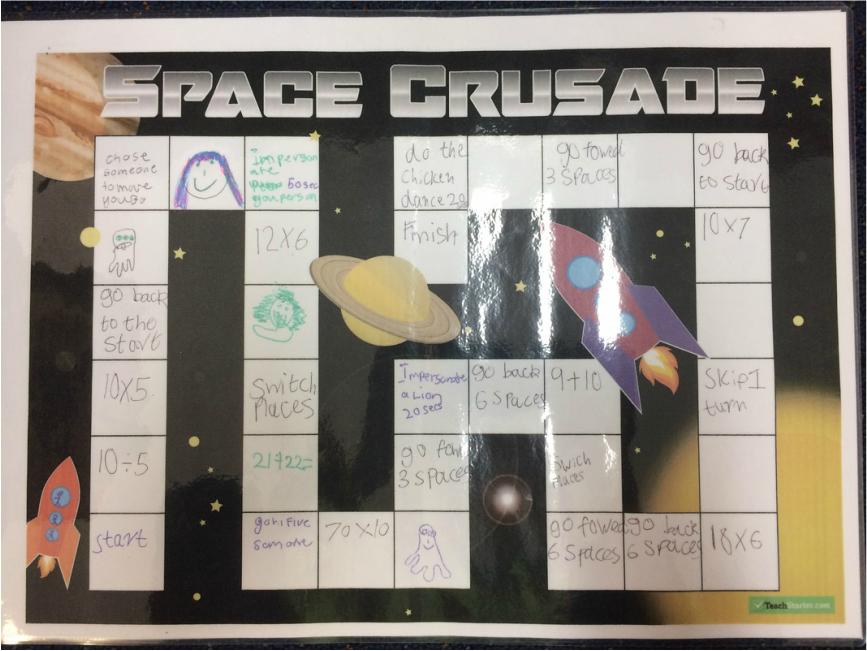